December and January are great months for networking, but most people go into networking wth a ‘me’ focused posture. Here is a good article about Networking from one of our franchisors, Patrice and Associates Blog.

“The word “networking” makes many people cringe. Somewhere along the line, this vital process in career advancement garnered a tainted reputation, a few battle scars and an unjustifiably abused moniker. Perhaps, it stems from those who have misused networking to gain unfair advantages in their quest of climbing the corporate ladder. Or maybe networking’s a victim of word association, as it’s often paired with strong arm sales techniques. It could also be that networking is simply misunderstood as just a process of walking up to complete strangers and attempting to carry on an interesting conversation about “whatever.” Regardless of why networking is licking its wounds, it’s still the front-runner for career advancement. 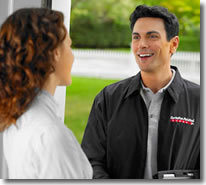 The best way to move past networking’s tarnished past is to help it heal. This begins with re-associating the word with it’s true meaning — connecting. People love connecting, and thanks to the Internet, reaching out to random strangers has become an everyday habit. The key, however, to making networking healthy again is to approach the process respectfully. In other words, adopt a networking approach that’s authentic by graciously spending time with others, getting to know them, learning from them, asking for advice and always offering the same in return.

Here are nine tips to get the most out of your networking experience, while contributing to its rehabilitation:

1. Ask questions. Help guide the process by coming prepared with targeted questions that keep you both on track and on time.

2. Be a good listener. People love sharing their story, and it’s a great way to learn from others’ experience and expertise.

3. Shoot for face-to-face. An in-person meeting is more personal and expressive and demonstrates respect for another’s position.

4. Be your best. Show your strengths, but not in a domineering way. People enjoy connecting with others who are “going places” with purpose and pride.

5. Be at your best. Dress for success, be kind and gracious and treat the other person as if she has the authority to hire or promote. She just might.

6. Respect each other’s time. Be on time, leave on time and don’t abuse someone’s generosity by scheduling too many meetings, unless it’s a mutually agreed upon goal.

7. Ask for referrals. Networking is about connecting and sharing connections. If your contact was gracious enough to share referrals, following through on contacting them shows respect.

8. Stay positive. Even if you’ve been fired or are facing a work challenge, this is not the time for dumping your woes on others. Focus on the positive and you will leave a positive impression.

9. Say “thanks” and “thanks” again. Thank them for their time, and send them a handwritten thank-you note after your meeting.”